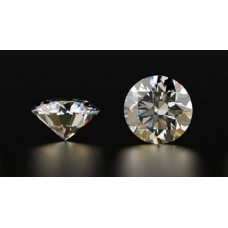 Indian Commodity Exchange Limited (ICEX), which completed yet another successful settlement cycle in the first week of March, 2018, also continues to witnesses a consistent increase in turnover and volumes for both its diamond futures contracts of 1 CT and 0.50 CT, respectively. The Exchange had launched its 0.50 CT Diamond futures contract on 27th November 2017.

In the March 2018 expiry, 67.96 carats of 1CT diamond and 31.81 carats of 0.50CTof diamond were delivered by the exchange. Total 99.77 carats of diamonds in both the futures contracts put together valuing Rs.2.77 crore were delivered in the recently concluded settlement cycle.

Letšeng mine records in 2017

Gem Diamonds announces its Full Year Results for the year ending 31 December 2017. According to the operational results, performance of Letšeng mine records, recovery 111 811 carat of rough over the previous year 2016 of 108 206 carats of rough! Overall waste tonnes mined of 29.7 million tonnes was 29.8 million tonnes in 2016.

For Fiscal 2019 and Beyond Signet announces second phase of credit outsourcing in an agreement to sell the remaining, non-prime portion of its accounts receivable for proceeds of $401 million - $435 million to investment funds managed by CarVal Investors with proceeds used to fund share repurchases of approximately $475 million. 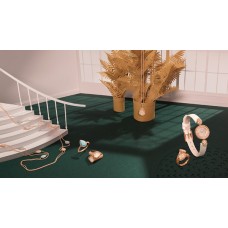 Plume de Paon Ring: Fréderic Boucheron was fascinated by the nature that he loved wild and triumphant. One of its wonders, the peacock feather, quickly became an inspiration for the jeweler who saw in it an expression of freedom. More than a century later, Plume de Paon continues to animate Boucheron's creations. Thanks to the unique embroidery technique developed by the Maison, Plume de Paon pieces come to life as the wearer moves.

A pure beauty of nature, the peacock’s feather is an inexhaustible source of inspiration for Maison Boucheron. Its lightness is unmatched and it moulds to the shape of the body so that it becomes one with the wearer. Plume de Paon ring, set with one rose-cut diamond and paved with diamonds, in white gold

PCA of RBI on PSBs

Reserve Bank of India (RBI) has issued a Prompt Corrective Action (PCA) framework to maintain sound financial health of banks. It facilitates banks in breach of risk thresholds for identified areas of monitoring, viz., capital, asset quality (which is tracked in terms of the net Non-Performing Assets ratio) and profitability, to take corrective measures in a timely manner, in order to restore their financial health. 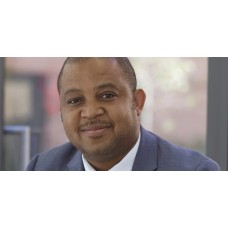 De Beers Group announced it has signed a non-binding Memorandum of Understanding (MoU) with its partner in the Gahcho Kué mine, Mountain Province Diamonds Inc. (Mountain Province).

B2Gold Corp  announces its operational and financial results for the fourth quarter and year-end December 31, 2017.  B2Gold says, record annual consolidated gold production, for the ninth consecutive year, of 630,565 ounces of gold (including 79,243 ounces of pre-commercial production from Fekola), exceeding the upper end of the revised guidance range (of 580,000 to 625,000 ounces) and well above the upper end of the original guidance range (of 545,000 to 595,000 ounces).

Sotheby’s Hong Kong 2018 magnificent jewels and jadeite Exhibition is announced to be held on 29 March – 2 April, Auction would be undertaken on 3 April at, Hall 5, Hong Kong Convention and Exhibition Centre

On 3 April, Sotheby’s Hong Kong Magnificent Jewels and Jadeite Spring Sale 2018, will offer exceptional and rare treasures that epitomise quality and artistry. Headlined by a superb jadeite bangle estimated in excess of HK$80 million / US$10,230,000.

Coloured gemstones such as the emeralds from Zambia's world-beating Kagem mine in Lufwanyama were in the spotlight at this year’s glittering Oscars Awards in Hollywood. A regular on red carpets everywhere, fine emeralds have taken on renewed popularity thanks to the promotion by London-based Gemfields, which owns 75 percent of Kagem in a model partnership with the Zambian government.

According to the SA government, the 11 suspects who were arrested by the Hawks in Rustenburg and Johannesburg for the illegal dealing in and theft of unwrought platinum are expected in court this morning. The syndicate was arrested on Thursday following an intelligence-driven operation aimed at addressing the illegal dealing of unwrought platinum in the North West and Gauteng provinces.