Business Sentiment just ahead of IIJS 2019 was not a good! Virtually every exhibitors was fearing that there would be a great short in visitors footfalls, even if fewer is visiting IIJS, there would not be any healthy inquiries & buying in the B2B dome! And the 36th edition of the IIJS would not be able to recover their expenses which being incurred as an exhibitors!

Ahead of IIJS this Kharif Crop estimate was not available and about half of the India was flooded! Divested people & flooded crop could not bring any light in Diwali was a worry & one of the adverse reason; but now cool, despite flood & natural adverse, the government has issued estimated crop production figures and this is good-n-satisfactory.

On the other hand we have seen two major reform announcements by FM India, Nirmala Sitharaman so far from post IIJS and she has announced to carry all together three announcements. From business point of view she has announced, ease of tax paying system be that Income tax, GST, Customs or a Prefilling of IT returns!

Modi 2.0 has been introducing a faceless scrutiny from Vijaya Dashmi 2019, Reduction in GST returns and simplification of forms, Refund process of GST simplified. Contribution of ESIC reduced from 6.5% to 4%, also introduced Web-based and jurisdiction-free Inspections, Inspection report to be uploaded within 48 hours!

Self-certification for start-ups announced! With the new announcements, CSR violation would not be treated as criminal offence and would instead be civil liability. Government introduced Centralized Computer System. Accordingly, on or after 1st October, 2019 all notices, summons, orders et al from I-T authorities shall be issued through a Centralized Computer System and will contain a computer generated unique Document Identification Number. Any communication issued without computer-generated unique document identification number shall be non-established in law.

According to reform pronouncement, all old notices to be decided by 1st October 2019 or uploaded again through the system. From 1st October, 2019 all notices to be disposed-off within the three months from the date of reply. De facto the concluded IIJS 2019 enhanced business sentiment and additionally positive crop estimate & reform announcements have also boosted the sentiment to stay ready to cater festive season in a better way untill Diwali.

On export front, it is likely to a see vibrant season! Footfalls at Bharat Diamond Week may hike up by about 30% as HK September Show is looking in limbo, additionally BDB has inked several MoUs with overseas trade associations is a positive step to catch a trade of the season-n-festive!

Now, another additional favourable point is global trade war especially between US & China. I think a blaze of trade war is not going to attain a normal position at least by the year end! And US is our top destination for merchandise exports. India has jump up in the list of US Import. As of today India is the top 9th nation in the US import list. At this season there is a positive sign to jump up further from the 9th! Dear Readers, till you would read the edit, 1st ever Bharat Diamond Week & the 3rd  Diamond Detection Expo & Symposium (DDES 2018) would have been concluded through 23rd to 25th April 2018 at BDB, Mumbai. Yet I know there are growing challenges for a manufacturer & traders of natural diamonds! Equally there are challenges with detection technologies to stay edge-up to identify laboratory made stones! Just ahead of the curtain raising of WDC & DDES, the Diamond Services research claimed: “synthetic diamonds, which have created under conditions of High Pressure-High Temperature (HPHT) and then subject to irradiation treatment, may be escaping detection by many of the screening devices available in the market that are testing diamonds at room temperature.” Means, all those available technologies to detect such stones are just an outdated! Is it so?

Just ahead of the curtain raising of WDC & DDES, the Diamond Services research claimed: “synthetic diamonds, which have created under conditions of High Pressure-High Temperature (HPHT) and then subject to irradiation treatment, may be escaping detection by many of the screening devices available in the market that are testing diamonds at room temperature.” Means, all those available technologies to detect such stones are just an outdated! Is it so?

No. Because, swiftly, the International Institute of Diamond Grading & Research (IIDGR) reacted, rest players may clarify or announce about their instruments yet, IIDGR said that, confirms that its instruments AMS2, SYNTHdetect, DiamondView and DiamondSure are all effective at screening HPHT synthetic material which has been irradiated and is tested at room temperature. Any business using these devices can have full confidence that any such material will be detected without the need to undertake tests at different temperatures.

IIDGR has been established by De Beers Group to provide a premium service and proprietary equipment to the diamond industry. Based in the UK, Belgium and India, and run by the world’s top diamond experts, the International Institute of Diamond Grading & Research offers a range of expert services.

It is true that Phosphorescence is typical in HPHT-grown synthetic diamonds which is ‘almost non-existent in naturally formed diamonds, being limited almost exclusively to Type IIb natural stones, which make up not more than 0.1 percent of the total number of available diamonds.’

By considering challenges, The DDES is providing a dome in India to interact diamond players with tech savvies! To create an effective approach for a scientific & technology within the players! DDES believe that is the boulevard to attain buyer confidence!

Being a global leader in diamond manufacturing India thinks it is a duty to protect leadership India & reputation India built over years! And therefore India has ‘Zero Tolerance’ for any undisclosed mixing with mined diamonds!

And therefore since 2013, GJEPC is endeavours & engaging all those key stakeholders to focus four areas, 1: Detection, 2: Differentiation, 3: Disclosures & 4: Documentation. In the row of Zero tolerance GJEPC & BDB together says, “The Indian diamond industry stood firmly committed to taking all steps necessary to prevent undisclosed mixing and establish separate footprints for natural and synthetic diamonds as this would help maintain consumer confidence in natural diamonds.”

The Natural Diamond Monitoring Committee (NDMC) was formed in the year 2015 at GJEPC. NDMC consists of representatives from the GJEPC, BDB, GJF, GIA and other Trade Bodies in the Gems & Jewellery sector.

GJEPC is developing a network of detection centers with tech-n-instruments at all those key manufacturing centers in Gujarat with NDMC since 2015.

Right with targeting 21 key diamond manufacturing centers across India, GJEPC offered synthetic diamond detection machines-n-tech at 50% of discount in 2017. At the largest global diamond trading boundaries of BDB have announced banned on any trading of synthetic diamonds. Through Diamond Detection and Resource Centre (DDRC) DBD has made detection technology accessible to its members within its’ boundaries! Bottom Line: For any detection technology & instruments, machineries, the doors of DBD, GJEPC & of diamond industry India is always opened despite of DDES! They are being invited to display such tech at BDB. It has been a couple of years now since the Indian Government is trying to formulate a comprehensive gold policy for the country. Recently, former Governor of the Reserve Bank of India (RBI) Mr. Venugopal Reddy has said that there is need for a comprehensive policy on gold, owing to its role in the economy and in order to handle the precious metal in a better way.

In fact, many industry leaders and trade bodies like World Gold Council (WGC), Federation of Indian Chambers of Commerce and Industries (FICCI) and Associated Chambers of Commerce (ASSOCHAM) have time and again recommended the government to frame a national gold policy.

It seems now that the government has taken into consideration the recommendations of the industry and as a result the government may frame a National Gold Policy soon. Besides, it may also establish a Gold Board for managing import-export, develop accredited refineries, drive gold monetization actively and introduce compulsory quality certification of gold.

The WGC had initially suggested framing a gold policy in 2014 to help mobilize and monetize an estimated 22,000 tons of gold lying idle with households and temple vaults into productive use of economic development. “I feel that discussions on gold in India must move beyond gold import curbs and must focus on how this industry can fulfil its vision to make a major contribution to the country’s prosperity in the next five years. We (India) should support this vision by creating a favorable eco system which deals with gold as a fungible asset category, reflecting our cultural and economic significance. We must find ways of mobilizing and monetizing the household savings now imbedded in gold stocks through the formal financial sector for the benefit of the economy as a whole. It’s now hi-time to re-engage all stakeholders to develop a comprehensive long term gold policy which is affiliated to India’s growth objectives,” Mr. Somasundaram PR, MD of the WGC (India) had commented two years back.

Accordingly, the government is expected to set up the Gold Board under the National Gold Policy, and alongside work on development of Gold Exchanges. India’s Finance Ministry held discussions late last year with stakeholders of the industry and sought their views on a National Gold Board, a body on the lines of the Financial Stability and Development Council.

At the same time, India Gold Policy Centre (IGPC) at Indian Institute of Management, Ahmedabad (IIMA) recently boosted the government’s initiatives to introduce a gold policy by releasing a study on the viability of a Gold Spot Exchange in India by Prof. Joshy Jacob and Prof. Jayanth R. Varma of IIMA. One of the key findings of the study is that a Gold Spot Exchange is exceedingly viable and would lead to efficient price discovery, assurance in the quality of gold, active retail participation, greater integration with financial markets and greater gold recycling. The study involves a survey of all important stakeholders of the industry including jewellers, refiners, bankers, commodity exchanges and other participants in the value chain. It also examined the Gold Spot Exchanges in Turkey, China, Singapore and Dubai.

The study also suggests that the Gold Spot Exchange should offer a wide range of contracts to meet the needs of the gold industry like a) Domestic spot gold contract, b) Global spot gold contract denominated in USD based on delivery outside the domestic tariff area (DTA), c) Dore swap contract and d) gold lending and borrowing mechanism (GLBM). Within the limits of capital control regulations, both the domestic and international contracts on the Gold Exchange must be open to the broadest range of participants.

Gold-related policies are also expected to help the Gold Monetization Scheme (GMS) launched by the government. 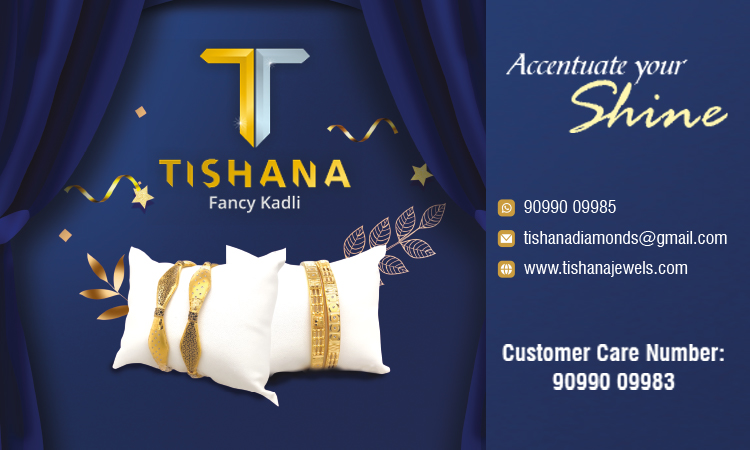 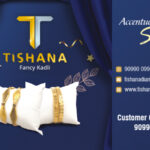 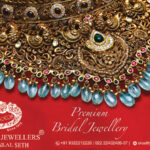 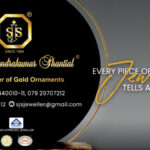 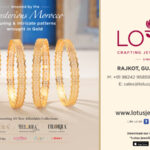